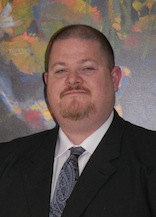 Tai Bogan went to public schools including Leigh High School in San Jose and Beyer High School in Modesto. Mr. Bogan attended Modesto Junior College where was a decorated speech and debate champion and President of Phi Rho Pi, Modesto Chapter. His debate skills continued to serve him well at the University of the Pacific where he became the Capitan of the Debate Society. He graduated from the University of the Pacific in 1998 with a degree in Persuasion, also known as a degree in Communication with an emphasis in Rhetoric.

Mr. Bogan worked full time and attended law school at night at Humprheys College, Lawrence Drivon School of Law. He graduated from law school in 2005 and passed the bar exam the same year.

Mr. Bogan continued worked with indigent people when he was hired to work as a Public Defender in San Joaquin County in 2006. Mr. Bogan promoted through the ranks becoming a felony trial attorney. He was a leader at the Public Defender office where he was recognized as a “trial dog”, a term of endearment for trial attorneys in the field.

Mr. Bogan started the The Bogan Law Firm, A Professional Corporation in 2012, formerly the Law Offices of Tai C. Bogan. Mr. Bogan in both a personal capacity and through is office has emerged as a community leader and promoter of social justice through his monetary and legal contributions.