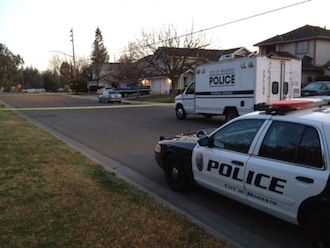 Modesto Domestic Violence Defense Attorney Tai C. Bogan and lawyers with The Bogan Law Firm, A Professional Corporation have been successful in having charges reduced, dismissed or received not guilty verdicts from a jury. Domestic violence sounds serious because it is serious. As with any criminal charge, you should always seek legal counsel before entering a plea to a domestic violence charge. Crimes such as battery, assault, criminal threats, vandalism and many others are illegal. When those crimes are alleged committed against your spouse, former spouse, cohabitant or former cohabitant the crime is becomes a crime of domestic violence.

If you are charged with Domestic Violence in Modesto, you will have court in one of the various criminal courtrooms in the Stanislaus County Superior Court Criminal Division. The first court date you have is the arraignment and that is generally held in Department 12. During the arraignment the judge will read you the charges and decide whether to allow you to remain on your own recognizance or have you post bail. If you haven’t already posted bail, you could be taken into custody pending the posting of bail. After the arraignment you will be assigned to the various criminal departments in the Stanislaus County Superior Court Criminal Division. Your case will remain in that assigned court for all purposes including trial.

The District Attorney offices where domestic violence charges originate have special units dedicated to the prosecution of domestic violence charges. Many named victims recant, meaning they tell a different version of events than they told the police originally. Therefore, even when a named victim recants, the prosecution is reluctant to dismiss the action.

Additionally jail time is generally imposed in a domestic violence case where there is a conviction, even on a misdemeanor offense.

Named Victim Cannot Go To Jail For Refusing To Testify

Since 2008 when the voters of California passed Marcy's Law: Victim's Bill of Rights Act of 2008, victims of domestic violence cannot be put in jail for refusing to testify. Before Marcy's Law an over-zealous prosecutor could ask the judge to put a victim in jail if they refused to testified against their loved one. Now the judge can only fine the victim who refuses to testify. The named victim must still respond if served with a subpoena but when they get to court they can tell the DA and the judge that they do not want to testify.

The Bogan Law Firm, A Professional Corporation does not condone or sanction telling the victim not to come to court. By doing so, you could face even more serious charges such as intimidating a witness under California Penal Code § 136.1.